Both the Alberta and Canadian governments want fugitive methane emissions reduced 45 per cent by 2025. But how best to achieve that goal isn’t clear. Industry watchdogs are pushing prescriptive regulations that producers fear will inflate compliance costs and inhibit adoption of better technologies. No one is even sure just how much methane is leaking from wells, pipes, and facilities.

Containing methane emissions is important because they are a potent greenhouse gas, 25 times more significant than carbon dioxide over a 100-year period. The Alberta government says that 2014 methane emissions from oil and gas were 31.4 megatonnes of CO2 equivalents – 48% from direct venting or venting from equipment, 46% from fugitive emissions or leaks, and 6% from flaring or other sources.

Kent Fellows is an energy economist with the School of Public Policy at the University of Calgary. He says that measuring fugitive methane emissions is very difficult.

“On the fugitive emissions side, it’s much harder to figure out exactly what the emissions look like. There are a number of technologies – ranging from sniffer trucks all the way up to satellite-based equipment – and the expectation [in the near future] is to get a baseline using some combination of these technologies.”

Fellows says the current lack of data favours a more prescriptive approach, which would be a one-size fits all set of regulations that dictate exactly how oil and gas producers reduce emissions.

The problem with that approach, he adds, is that it “limits innovation and creativity on the part of the firm…we do want to introduce incentives to reduce methane emissions but the free market with an appropriate incentive like a carbon tax has proven pretty reasonable in terms of how we get cost-effective reductions.” 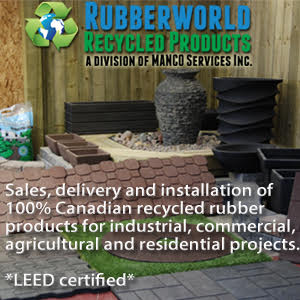 Andrew Read, a policy analyst with the Pembina Institute, agrees that a carbon tax-only strategy would be ideal once industry and government have a better handle on the source and volume of fugitive emissions. Until then, a more prescriptive approach is required.

“What we’re looking at is some enhancements to recognise new technology.  With that new technology we get better measurements and we can actually look to a carbon tax approach that then takes away the requirement to do that very prescriptive sort of regulatory approach,” he said in an interview.

“But there is still a need to have those underlying regulations just to make sure that the monitoring that is being undertaken is accurate and it can work with a carbon price as well as the general health and safety and all the other requirements that come through regulations.”

Patrick McDonald the director of climate and innovation for the Canadian Association of Petroleum Producers. He says industry is fully committed to meeting the 45 per cent reduction target and emphasizes that industry has been reducing methane emissions for years because methane comprises 85 per cent of natural gas, which is a valuable commodity.

While CAPP is opposed to prescriptive regulations, the Canadian industry’s largest trade association isn’t jumping on the carbon tax bandwagon, either.

“In terms of carbon levies, the [Alberta] government has noted that that’s a tool that they feel is appropriate for GHG emissions and as such, we’re working with governments in that space regardless of whether we’re looking at methane or GHG emissions,” he said in an interview.

“I think we need to take a holistic approach on how to the most effective and meaningful emission reductions in a cost-effective manner that has consideration for the competitiveness of our industry, as Canada has been and continues to lead as an environmentally responsible developer.”

The Alberta Energy Regulator is currently developing the regulations and provided this statement on its progress: “The AER creates and enforces requirements that ensure that Alberta’s energy resources (oil, gas, bitumen, and coal) are developed responsibly. The AER’s methane reduction requirements are being drafted as we speak. Once the draft requirements are finalized, they will be posted for public feedback.”