Jason Kenney had an energy narrative, Rachel Notley did not, and it showed on election day

I have a hypothesis: despite implementing an impressive suite of energy policies that was cheered by the oil sands producers (the future of the Alberta oil patch), she has never been able to connect the dots. Nor could Marg McCuaig-Boyd, her energy minister, nor Shannon Phillips, her environment and climate change minister, nor Deron Bilous, her economic development minister.

Yet, a majority of Albertans believed her opponent’s narrative that she broke the Alberta oil and gas economy. They accepted without question that Notley single-handedly destroyed investor confidence and drove capital out of Alberta with her oil and gas royalty review that changed almost nothing, her massive increase in corporate tax from 10 per cent to 12 percent, and her failure to recruit David Suzuki as a pipeline advocate via her “alliance” with Justin Trudeau, leader of the only government in Canada that actually has exclusive jurisdiction over inter-provincial pipelines.

Oh, and a bunch of other silly arguments that make just as much sense. While much of Kenney’s narrative was eye-rolling distortion of the facts or outright fabrications, he still wove it all into a coherent story that tapped into Albertans’ economic insecurity.

Notley didn’t even bother to try.

During the four years I’ve reported on Alberta energy issues and Notley policy initiatives, as well as her handling of important political issues like Trans Mountain Expansion, experts told me repeatedly that she was doing a very good job. And not just those ivory tower energy economists with PhDs behind their name. Industry leaders, too. Even though they might moan and groan about her government in public, interviews with their economists and other specialists (I’m looking at you, Canadian Association of Petroleum Producers) on specific issues were surprisingly positive.

So,why in the world did Notley allow Kenney’s unfounded allegations to go unanswered? For instance, when the UCP leader claimed that the Alberta oil patch is mired in red tape that causes lengthy delays for well approvals compared to Texas, why didn’t she explain how last year the Alberta Energy Regulator introduced the Integrated Decision Approach process the AER estimated will cut approval times by 75 per cent? Even CAPP thought the AER reform was great. “This streamlined regulatory process shows great promise for eliminating redundancies and providing certainty while also growing jobs and protecting our environment,” Terry Abel, executive VP Canada operations and climate, said after the August announcement.

This is just one example of a potential Notley response to Kenney critism. Every one of the many accusations he levelled at her had a similar evidence-based response. But a string of individual explanations, no matter how solid, was never going to move Alberta voters. 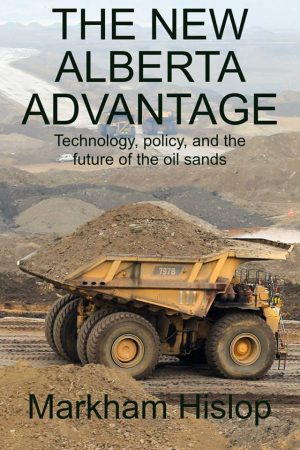 That required a narrative, a story voters could connect with emotionally.

Kenney’s narrative is that Alberta is under attack from supposedly anti-oil politicians like Notley and Trudeau, from other provinces (think BC and Quebec), and from foreign-funded activists. Kenney’s vow to fight back on behalf of an electorate that thinks of itself as still in a recession resonated with 55 per cent of those who cast ballots on Wednesday. Clearly, Kenney pushed voters’ buttons.

Notley didn’t have a comparable narrative. But that doesn’t mean she didn’t have access to one. For instance, she could have used the one from my book – The New Alberta Advantage: Technology, policy, and the future of the oil sands – which I wrote because Albertans are long overdue for a conversation about how to pivot to the onrushing low-carbon future.

Here’s my narrative: Big change is coming very soon to the Alberta oil patch. One, technology is transforming the global energy system and we are shifting from fossil fuels to electricity generated by low-carbon technologies (for example, wind, solar, tidal, maybe nuclear). Two, digital technology like artificial intelligence is already transforming the Alberta energy business model, changing the very nature of work and potentially killing thousands of jobs as oil and gas companies produce more with fewer workers. The oil sands companies are already responding to these threats and opportunities. In fact, they are the visionaries of the oil patch. They believe that de-carbonizing their heavy crude oil will give them a significant competitive advantage in Asian markets over the next five to 10 years as China and India adopt carbon pricing and restrictive climate policies.

Notley embraced the oil sands CEOs’ vision. She enacted the policies they wanted to support their strategy, adding partial upgrading and petrochemical expansion(partly as a way to replace declining capital investment in the upstream) to create 10,000 new jobs and counting.

In the book, I provide extensive data and expert interviews to support that narrative. I connected the dots. Notley and her ministers never connected those dots during her four-year government nor did her campaign team.

As a consequence, she had no answer to Kenney’s powerful economy, pipeline, jobs narrative. That’s on her and her election advisors.