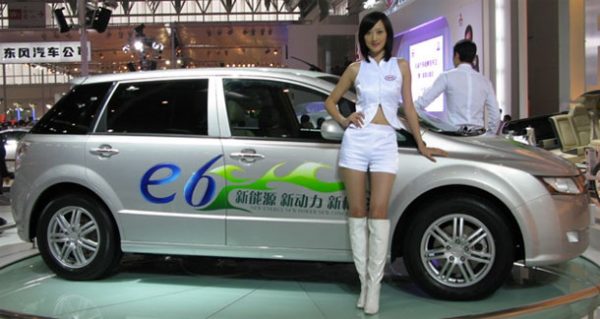 High cost major constraint to adoption in China, followed by low range – just like every other market

Boosters often point to the China market as evidence that widespread adoption of electric vehicles is right around the corner. But a peek behind the curtain shows that the vaunted Chinese EV miracle suffers from the same primary constraint as other markets – batteries with low energy density, high prices, and short range.

Last year, Chinese consumers bought 351,000 plug-in vehicles, according to ev-volumes.com, about 1.5 per cent of  of the total 21.7 million cars and light trucks sold in the country. That compares to 158,600 in the United States, or just under one per cent of new car sales.

Sales volumes tell us that EVs are still on the bottom of the diffusion S-curve and, despite seemingly impressive annual increases between 100 and 200 per cent, progressing up the curve at about the rate would one expect of a new, immature technology.

Batteries are the problem.

The high cost limits sales to Innovators, those consumers willing to pay a very high price premium for new technologies. Innovators make up about 2.5 per cent of consumers, according to the work of technology diffusion pioneer Everett Rogers.

China is unlikely to break through from Innovators to Early Adopters, who are generally willing to pay a price premium of around 50 per cent, any time soon.

Chinese EV sales have risen quickly because of generous EV subsidies (often over half of the EV’s sticker price). They are light, relatively cheap, and have a very short range, usually under 100 kilometres.

“EV cars are very cheap (in China), you’ll only spend a little money to buy a car. If you just go to work or use an EV in the city, it’s OK … for using within 100 kms (62 miles),” said Xie Chao, who works for a chemical company in Shanghai, as reported by Reuters.

China aggressively subsidized EVs to jump start the development of a domestic manufacturing industry. Dominant players include state-owned Beijing Automotive Group and Warren Buffett-backed BYD. The policy seems to be enjoying some success: most EVs sold in the country are manufactured locally.

But the government is scaling back subsidies by 20 per cent this year and cutting back on sales quotas for plug-in cars even as the national EV industry ramps up.

If batteries are the major constraint to higher rates of adoption, then battery advances will be key to China achieving its goals.

Unfortunately, the many EV battery scientists and analysts I have interviewed say a new generation battery with higher energy density is at least 10 years away, but more likely 20. Until then, leading electro-chemist Dr. Yi Cui of Stanford says Li-ion battery costs will drop by 50 per cent and range will go up by 50 per cent over the next decade.

Lower costs and higher ranges should boost EVs sales into the Innovator stage and position them higher up up the diffusion S-curve. But EVs will likely remain a small portion of national auto fleets as ICE vehicles almost double from 1.2 billion to 2.2 billion by 2040, according to the International Energy Agency.

EV industry executives say they expect China will insist on more electric vehicles, and to be ready, they must invest in developing those vehicles now, according to Reuters.

“We’re not holding back anything. The requirements whether they get changed or adjusted or whatever, the bottom line is clear that electrification is going to play a bigger and bigger role … in China and other markets as well,” Ford Motor Co (F.N) CEO Mark Fields told reporters at a pre-auto show event this month.

Fields is often quoted in the American media as a sunny optimist about EV sales, but his comments should be taken with a big grain of salt. Ford is a latecomer to EVs and Fields is desperately drumming up interest in his company’s plug-in offerings, which are selling behind those of market leaders Tesla and GM.

EV manufacturers  and government officials have been bickering over China’s electric vehicle policy for years. Lately, they have asked the national government to require “green car credits” equivalent to 12 per cent of annual sales volume. Beijing countered with eight per cent in a recent policy paper and has suggested the timelines could be pushed back.

The growth of China’s EV market in coming years will be driven primarily by government policy around fuel efficiency and smog reduction – as it is in most other countries with even minimal sales of EVs.

“All automakers in China are still trying to understand the implications of the more stringent fuel efficiency regulations and whether to increase production of qualifying NEVs or purchase NEV credits from other automakers, including their partners,” James Chao, Shanghai-based Asia-Pacific chief of consulting firm IHS Markit Automotive told Reuters.

In a column later this week I’ll examine the role Light Electric Vehicles such as scooters will play in Chinese markets. LEVs are very cheap, easy to recharge or swap out a battery, and a good choice for navigating crowded cities.

Given the value that LEVs provide to both consumers and governments, there is a good chance national policy may favour them over plug-in cars until the next generation EV battery is available.