For a long time now I have argued that electric vehicles (EVs) would take 50-plus years to gain global market dominance (70% marketshare or more). Then, along came Tony Seba, who blew up my argument. Why? Because Seba is the first economist who found the “iPhone moment” for EV diffusion and that changes everything.

What is an iPhone moment? A technical or business model improvement that represents an enormous increase in value to the consumer. 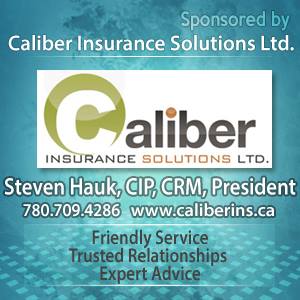 When the iPhone hit the market in 2007 it wasn’t so much a new type of cell phone as a mini-computer that happened to make phone calls. Where a flip phone or Blackberry might allow a user to do six things (call, calculator, text, etc.), the iPhone and its apps allowed a consumer to do 6,000 things. And to replace other devices like alarm clocks, flashlights, still and video cameras.

The added value was so great that smartphones constitute almost 100 per cent of the market – all in just 10 years. That’s an enormous “disruption,” as Seba calls it.

In the replacement model of EV diffusion, the only iPhone moment one could foresee is a new battery chemistry with much higher energy density. And that is a very real possibility. Solid state anodes could increase density (and thereby EV range) by four times. Lithium metal might raise it as high as 20 times.

But those electro-chemistry technologies are still in the laboratory and probably won’t be commercial available for another 20 years, according to the experts I interviewed. If you assume the average car lasts 15 years and the global auto fleet (which will number 2.4 billion in 2040) probably has to turn over at least twice for EVs to get to 70-80 per cent marketshare, then 50 years to market dominance is a good guess.

Seba’s seminal study is the first to calculate the math on a different model of EV diffusion – Transportation as a Service (TaaS). I’ve described his study in other columns (you can read them here and here and here).

The TaaS iPhone moment occurs when transportation companies own EVs and instead of using them four per cent of the time, as most consumers do, utilization jumps to 40 or 60 or even 80 per cent. The cost per mile (or kilometre) travelled drops by a factor of 10, according to Seba, and families save thousands of dollars every year compared to owning their own cars.

Cost alone is an iPhone moment, but there are two other “adoption accelerators” that Seba discusses in this interview that support and boost the positive effect of lower cost per mile.

One, TaaS may be a solution for congested mega-cities and their suburbs like Vancouver, Toronto, Los Angeles, New York, etc. Traffic jams – especially during the commute to and from work – have become a tremendous problem for local governments, not to mention citizens and businesses. Being stuck in traffic in an internal combustion engine car wastes time, money, and contributes to smog problems. And public transportation like buses and LRT consume huge budgets but never seem to make a dent in the problem.

How many vehicles might TaaS take off the road? Might municipalities and provincial governments reduce or eliminate public transportation and road/highway expenditures?

TaaS could be a big money-saver for governments, which would give them considerable incentive to speed up adoption of the model in their markets.

In the interview below, Seba makes the transition from personal ownership of gasoline-powered cars to the TaaS model seem easy. It won’t be. There will be many “adoption constraints” – as you can read about in my inked columns above – that will slow down TaaS’ diffusion throughout the global market.

But for the first time, we now have a model where the effects of the accelerators could greatly overwhelm the drag of the constraints, leading to high levels of market penetration in a short time.

TaaS could be revolutionary.

The interview has been lightly edited for clarity.

Markham: I was surprised at your forecast of 95% of miles travelled by autonomous EVs in the United State by 2030. That seems like a tremendous market penetration in a very, very short time.

Seba: So here’s the thing. On day one, in 2021, the day that autonomous driving technology is switched on, the cost differential between owning a car and not owning a car and using TaaS is going to be four to 10 times, depending on the variant of what you use. Ten times on day one.

I’ve studied dozens of disruptions, that’s what I do. And every single time that you have 10 times cost differential, you have a disruption – every single time. That’s what’s called a “big bang disruption” when on day one, something is cheaper, better, faster than whatever it is that’s currently being offered.

If you look at the S-curves of technology, they are getting steeper and steeper and steeper. From the telegraph to the iPhone – the predictions are there’s going to be 6 billion by 2020 – in 13 years. So, that’s as full of a penetration as you’re going to get. And we’re talking Africa and Asia and so on, not just in North America.

Not a whole lot of people are talking about the elderly, the retired, the disabled, the struggling middle class, the poor, the young, the folks who either don’t drive or don’t have access to decent public transportation today. And those are tens of millions of people just in US, not to say around the world.

In that demographic, they’ll jump on this immediately because it makes total sense.

When you combine those demographics and early adopters, it’s going to take ten years and that’s what we’ll see all over the world. Folks who didn’t have access to decent transportation now will.

So, on day one, the average American family will save $5,600, the same family that has not had a wage raise in a generation. This is like a 10 per cent wage raise. It’s a no-brainer that folks are going to stop buying cars.

And you don’t have to get rid of your car on day one. You can try TaaS before you buy it. Initially, you use it to go to the supermarket. Then you become more comfortable and use TaaS to travel to work. Then you start doing more as you experience it and then at one point you rid of your car.

So that’s what we’ve modelled, at ten year [00:34:45] life. It could be faster if basically you look at the math in finance, the $5,600, even more. And in fact, one of the things that is going to happen is that this [00:35:05] differential, it’s going to increase. It’s going to increase for many reasons; one is that the incentive for the automakers is going to be, at that point, to make the– because the metrics are going to change. So, the metric now for the automaker is essentially to push steel – units of cars sold per year. 20 million, 10 million, 29 million, whatever it is.

The new metric for the TaaS disruption will be dollars-per-mile or cents-per-mile. Once consumers and manufacturers understand that, automakers going to start building a million-mile EV, the million and a half-mile EV,  which will drive down the cost even further.

As the adoption of TaaS increases, the costs of operating an individually owned ICE vehicle get higher and higher as the costs of TaaS get lower, and you get into this virtuous cycle for EV adoption.

That’s happens to every single disruption.