Canada is a high-carbon economy rapidly heading toward a low-carbon future. Will our response be slowed by populist politicians circling the wagons instead of confronting the challenge?

Happy Canada Day! This seems like a good time to ruminate about the direction in which our country is headed. More specifically, our national political discourse, which is in grave danger of being hijacked by the Trumpism populism that has crept across the border into Ontario and Alberta, while infecting the Conservative Party along the way.

This isn’t the Prairie populism of the United Farmers movement and socialist CCF under Tommy Douglas. It’s more a mutant strain of the Reform Party that blossomed in Alberta under the leadership of Preston Manning and the Calgary School of conservative scholarship that was then invaded by the nasty populism that accompanied Donald Trump’s political ascendancy.

Since we’re an energy news organization, let me put an energy spin on the current variety of Canadian populism.

Populism is often a response to profound economic and social change. Structural change, that is, not the cyclical kind, which is precisely what’s happening with the global energy system that is already a couple of decades into a transition from fossil fuels to electricity generated by low-carbon technologies like wind and solar.

What does that have to do with Canadian politics?

A clue arrived in my inbox this morning from the Oxford Energy Institute. The 15-page commentary is titled, “The Energy Transition and Oil Companies’ Hard Choices.”

What havoc – perhaps long-term – might that wreak on the Alberta oil industry? 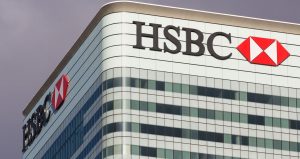 Here’s an example that’s already bedevilling some Alberta oil companies: capital is harder to come by and it can be more expensive. “Fears over the energy transition are escalating costs of capital for investing in coal and new long-term oil projects,” says the Institute, which notes that in a recent survey of large-scale institutional investors, there is declining interest in the risk associated with these types of investments.

Oil-producing countries like Norway interpret this sort of pressure as a market signal that it’s time to change the business model, to adapt to the emerging reality, to strategically pivot to the low-carbon future.

Alberta interprets the pressure as an attack and circles the wagons. New Premier Jason Kenney immediately cancels the province-wide carbon levy and begins to dismantle many of the energy and climate policies implemented by the Rachel Notley NDP to help the oil and gas sector – but more specifically the oil sands companies, who are busily decarbonizing their heavy crude – make the necessary pivot. 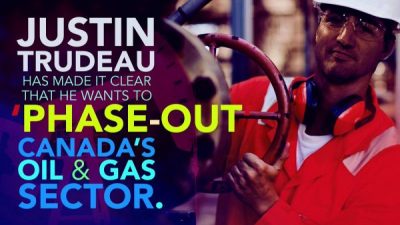 Which brings us to Conservative leader Andrew Scheer, himself running against Prime Minister Justin Trudeau’s climate policies, which he describes as a tax grab, not an emissions-reduction plan. Under Scheer, the CPC has degenerated into a Trump-lite version of the Republican Party, dog-whistling to racists and Islamaphobes while Photoshopping Trudeau’s head onto an energy workers body, then darkening his face in an apparent attempt to make the Prime Minister appear more Middle Eastern and, therefore, Muslim.

Even conservative radio icon Charles Adler condemned the meme, which was posted on the official CPC Twitter account and not removed.

Kenney – and to a lesser extent Ford and Scheer – is inciting an aggressive energy populist narrative: Alberta is under attack by foreign-funded anti-pipeline activists and the socialists governing British Columbia, misguided international financial institutions, and most of all the misguided ideology of the federal Liberals.

As a consequence, the “people” are under attack and look to their new United Conservative Party government to defend them at all costs, even threatening secession if that becomes necessary. The fight against those external threats is intended to keep Albertans angry and pugnacious, and solidly behind their champion, Premier Kenney.

This is textbook Trumpian populism, as Professor Jorn Precht of Stuttgart University explains in this column.

How much Trumpian populism can Canada withstand?

If the national government and a number of the largest provinces are controlled by populist politicians preoccupied with battening down the hatches instead of charting a new course, will Canada successfully adapt to the energy transition?

The answer isn’t obvious. Canada is a high-carbon economy rapidly heading toward a low-carbon future. One possible outcome is that we adapt too slowly thanks to the defensive, inward-looking populists and find we’ve been left behind.

What strains does that inflict upon Confederation? We may want to ponder that question as we celebrate Canada’s 152 birthday.