Have you shared videos or memes “standing up for” or “defending” the oil and gas industry? Did clicking on the send button make you feel virtuous? Is your closet full of “I heart Canadian oil and gas” hoodies? If this is you, you’re part of the problem, not the solution.

You’re not defending the industry, you’re defending the industry status quo in the face of a rapidly changing global energy system. That change is driven by what drives every big structural change: technology, science, capital, markets,  and yes, policy. In the case of the current energy transition, change is inexorable and it cannot be stopped by electing a different government or educating voters about energy.

Resisting change or pretending it isn’t happening is a fast way to emulate Blockbuster, Kodak, and buggy whip manufacturers.

Sorry if that sounds harsh, but Albertans in particular need to have a long talk about the future of the hydrocarbons business.

Let’s try a thought experiment, a hypothetical that might put the issue in perspective.

Imagine it’s 2070.  Instead of getting 80 per cent of its primary energy from fossil fuels and 20 per cent from renewable electricity, the percentages are flipped. Coal is dead, but oil and natural gas are still required for some cold climate applications, activities like aviation for which there is no alternative fuel, feedstock for petrochemicals and composite materials, and other non-combustion uses we currently can’t imagine.

Let’s further imagine that global crude oil demand has fallen from its current 100 million barrels per day to 20 million barrels per day. Since the International Energy Agency thinks natural gas use will linger well into the next century because it’s cleaner burning than coal or oil, let’s assume the current consumption of 3.8 trillion cubic metres is unchanged even though global energy demand has risen substantially because of economic growth in Asia, particularly China and India.

The numbers aren’t important. All we have to assume is that some volume of hydrocarbons, more or less than our assumptions, are consumed in the future.

Well, that’s the key question, isn’t it? What does competitive oil and gas look like 50 years in the future?

Alberta oil sands producers have a few thoughts about that issue.

One, whether crude oil is heavy, medium, or light it will have the lowest possible carbon-intensity. While oil sands companies have made significant strides to lower emissions over the past decade, their bitumen and heavy crude is still carbon-intense compared to competing products. The good news is that a combination of innovation, new technologies, and federal and provincial climate policy should significantly reduce CO2 and methane emissions over the next decade or two.

Oil sands producers refer to this as being “carbon-competitive” and they believe their efforts will give them an edge in future markets that adopt carbon pricing and restrictive climate policies. Will they be sufficiently carbon-competitive five decades from now? We don’t know, but they should at least be allowed to try.

Two, abundant supply probably means low prices half a century hence. While the oil sands are generally considered to be a high-cost resource,  they actually have a significant advantage over some producers, particularly shale basins like the prolific Permian in West Texas. 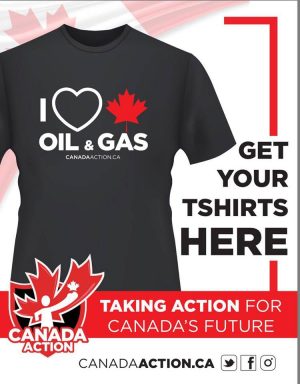 But once that operation is up and running, remarkably little capital is required to sustain operations. In fact, the oil sands are more like a factory than a traditional oil field. As a consequence, producers can optimize their production and lower costs using manufacturing industry-style techniques and technologies. Low operating costs and low-decline rates give the oil sands a big competitive advantage.

A third future consideration is likely to be the general environmental performance of oil and gas production. Boosters like to claim that Canadian oil and gas are produced to the highest environmental standards, but there is little data to verify this claim and plenty of reasons for healthy skepticism. For example, 1.3 trillion litres of bitumen mine tailings in 37 huge northern Alberta ponds that industry is struggling to properly manage and remediate.

Canada does a good job managing the environmental impacts of oil and gas production and transportation, but even better performance will be required in a more sustainable future.

What will not be a consideration for future oil and gas buyers is “ethical oil.” Not one drop of oil or gigajoule of gas has ever been traded because of the producing country’s human rights record and that isn’t likely to change by 2070. The ethical oil argument is a canard used by boosters to deflect criticism. It should be ignored.

In an October column, I argued that Alberta-based oil and gas boosters practice “energy apologetics,” the last rally of an “industry under attack by climate activists and facing an existential threat from electricity…” Boosters claim to want a “rational discussion” about oil and gas development, but what they really want is for the rest of Canada to capitulate to what they consider to be a superior argument.

A true rational discussion would include the rest of industry following the oil sands companies’ lead and acknowledging the reality of the energy transition and the climate crisis, embracing climate policy as a tool to help decarbonize production, and committing to improving environmental performance in a transparent, demonstrable way.

This would be a departure from the status quo and a progressive, forward-looking agenda Canadians have told pollsters they would support. If industry and its boosters – including Kenney and his government – continue to obstreperously dig in on the status quo, however, they risk the slow erosion of that support.

Meaning, ironically, that defending the status quo will lead to the opposite results boosters are trying to achieve.