Canada is on track to reduce our emissions by 30% by 2030, compared to 2005 levels…we committed to exceeding this target, and to joining countries around the world in reaching net-zero greenhouse gas emissions by 2050. – Justin Trudeau

The Liberal government’s climate plan over the past four years would get Canada two-thirds to three-quarters of the way to meeting Paris greenhouse gas targets, according to Energi Media experts, but the party’s bold election promises are designed to push the country to net neutrality in only 30 years. 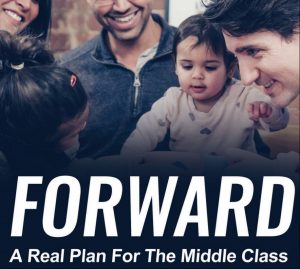 “Our plan isn’t perfect. But we’re making real progress,” leader Justin Trudeau said while announcing the climate plank of his party’s platform. Under the Paris Agreement, Canada committed to reducing emissions by 30 per cent below 2005 levels by 2030 (from 732 megatonnes (Mt) of CO2 equivalent to 513 Mt). The Parliamentary Budget Office estimates that climate initiatives over the past four years would lower emissions to 616 Mt by the end of the next decade, leaving a shortfall of 103 Mt.

The Trudeau government was often criticized by environmental groups for not doing enough on the climate file. Economist Mark Jaccard argued in a Globe op-ed there are two reasons for that view: Ottawa’s purchase of the Trans Mountain Expansion pipeline project, considered prima facie an outrageously anti-climate change decision, and the fact most Canadians have little idea what the national government has been up to since the Pan Canadian Framework on Clean Growth and Climate Change was signed in 2016.

“Few climate-concerned Canadians know much about the slate of new federal climate polices, except for the contentious carbon tax,” writes Jaccard. 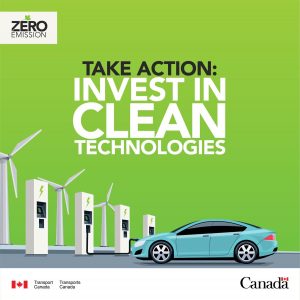 There are also programs that leverage provincial and municipal funds, such as the joint funding of over 1,000 public transit projects across the country.

These programs all fit within three broad categories of climate policy tools: carbon pricing, regulations and standards, subsidies. Economist Michael Bernstein of Canadians for Clean Prosperity would prefer that the emphasis be on the national carbon tax: “We’d like to see that carbon pricing be the key tool in that toolbox. We think it’s the most cost-effective way to do this and the most affordable because it sends money back to families.”

Under the current “all the tools in the toolbox” approach, the Parliamentary Budget Office estimates that an effective carbon tax rate of $102 per tonne would be required by 2030 to meet Canada’s Paris targets. The national plan rebates all of the money collected to Canadians, which has served to dampen some of the criticism of the carbon tax.

Politics aside, there are still good reasons to use other tools to achieve emissions reductions, according to Pembina Institute federal policy analyst Isabelle Turcotte.

“The challenge is so big that we need to use all the tools at our disposal, especially the tools that are going to get us to our goals as cost-effectively as possible,” she told Energi Media in an interview. “But carbon pricing, even though it offers us the lowest cost approach to mitigating emissions, isn’t good at doing everything.”

The Liberal Climate Plan 2.0 strengthens some of the existing programs and adds key new elements that add up to significant progress toward meeting Canada’s climate commitments, according to Dan Woynillowicz, policy director at Clean Energy Canada.

“The Liberals have laid out plans to build on the foundation of climate policies and programs they introduced while in government,” he said in a release. “Now they are signalling ambition to surpass our current 2030 target, as well as pledging to make Canada a net-zero emitter by 2050, consistent with both science and commitments from other leading countries.”

Canada has a history of setting greenhouse gas emissions targets and then not following through with the policy to meeting its commitments. The Liberal plan is a departure from the past, according to Turcotte: “It’s a huge signal to Canadians in terms of saying we are serious about increasing our ambition and meeting those targets.”

The first order of business for a new Liberal government would be appointing a panel of experts to advise on the new policies, Trudeau promised in his announcement.

“More significant than targets is a commitment to establish legally-binding, five-year milestones, which would create greater accountability in the near-term,” observed Woynillowicz.

“[T]hese aren’t piecemeal policies, but crucial parts of a larger plan,” Trudeau said in his speech. “We will hit net-zero by 2050 – not only because we can, but because we must.”

The Liberal leader added that “a big part” of his plan to achieve net-zero emissions includes creating an “economic ecosystem where cleantech companies can thrive.” Clean Energy Canada’s recent study suggests more than 300,000 Canadians already work in the sector, which is set to more than double over the next decade.

Even with considerable growth of cleantech, Canada could do far more than it has to date, according to Bernstein: “Canada seems to have a steady as she goes sort of attitude. I think we need to be motivated a little bit more to mitigate risks and seize opportunities.”

What to do with Alberta? 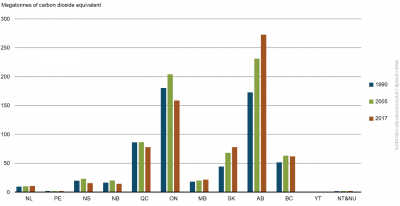 Alberta emits 263 Mt per year, 36 per cent of national emissions; the oil sands alone account for over 10 per cent. While it may not be surprising that Trudeau avoids this thorny issue during an election campaign, Alberta is the elephant in the climate policy room and will have to be addressed at some point, says Turcotte.

“The measures to create accountability are going to create a very important framework within which to have these conversations,” she said. “If we are to see continued growth in the oil and gas sector, that means [Alberta’s] share of the national carbon budget goes up. Which sector [and provinces] will have to compensate for this?”

The previous Alberta of NDP Premier Rachel Notley enacted progressive climate and energy policies supported by the oil sands producers, then leveraged that policy into a handshake deal with Trudeau for approval of two pipelines, the 525,000 barrels per day Trans Mountain Expansion and the 360,000 barrels per day Line 3 replacement. Her Climate Leadership Plan gave Alberta an argument for a bigger share of Canada’s carbon budget.

The victory of Jason Kenney and the United Conservative Party in April crushed that opportunity. Kenney axed the province-wide carbon levy, gutted the large emitter carbon tax, and eliminated or downsized most of Notley’s climate initiatives. He has also joined other provinces in a legal challenge to Trudeau’s national carbon tax.

It’s hard to see how Kenney has any leverage to ask – or more likely, given his belligerent political style – or demand climate policy concessions for Alberta. If the Liberals form government on October 21, Kenney will no doubt ensure Alberta is at the top of Trudeau’s climate and energy political challenges.

Until he grapples with that challenge, the Liberals’ ambitious greenhouse gas targets will be difficult to meet.