Gasoline’s retail price at the pump consists of the following major components. Changes in any of those components can affect gasoline prices in different regions (In addition to these factors, the switch from winter blend gasoline to summer blend in April changes the composition of gasoline at the pump and effects the price. Refiners generally switch to summer gasoline by April 15 and generally switch back to winter gasoline blends around September 15.):

British Columbia consumed 96 thousand barrels a day of gasoline in 2018. This gasoline came from a variety of sources, including refineries in the province, transfers from Alberta, and imports via barge from the United States.

Second, the Trans Mountain pipeline supplies the Parkland Refinery in Burnaby, the largest refinery in British Columbia, with around 50,000 barrels per day of crude oil (2018 average) which it uses to produce gasoline and other refined products.

The pipeline has been operating at or near capacity since 2006. 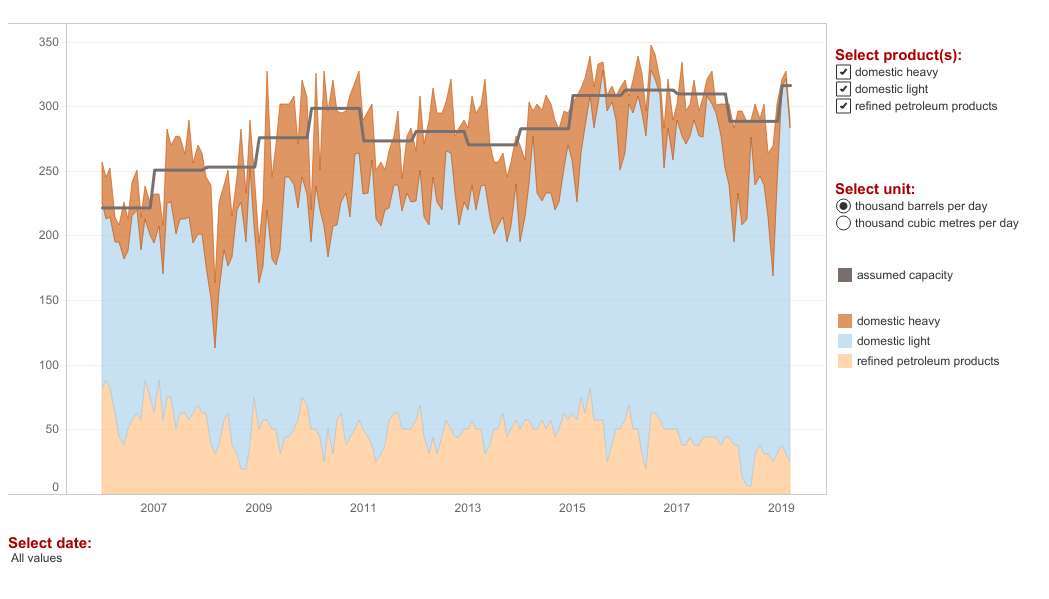 The tariff cannot allow for unjust discrimination in favour of (or against) any one shipper or group of shippers. Specifically, the NEB Act requires that there be no unjust discrimination against any person or locality in tolls, service, or facilities. In practice, for the Trans Mountain pipeline, this means no priority is given to shipments of heavy crude oil, light crude oil, or refined petroleum products.

Ultimately, shippers decide what they ship, and these decisions are based on contractual and tariff terms, available capacity and market forces.