This article was published by the International Energy Agency on June 14, 2022.

Food prices have increased steeply over the last two years and appear set to go higher following Russia’s invasion of Ukraine, putting millions of people at risk. While the current tensions in food supply chains are caused by a multitude of factors, the link with the global energy crisis should not be overlooked. The disruptions caused by Russia’s war in Ukraine have brought the intertwined nature of the world’s energy and food supply chains into sharp focus.

According to the World Food Programme, the number of people facing acute food insecurity more than tripled between 2017 and 2021, and could further increase by 17 per cent to 323 million this year as a result of Russia’s war in Ukraine.

The surge in food prices since mid-2020 has been driven by factors such as the recovery in demand following the Covid-19 crisis, adverse weather impacts on supply, a growing number of trade restrictions on food products, and rapidly soaring input costs, notably energy and fertilizers.

Russia’s invasion of Ukraine has added to the mounting stress on food supply chains. The two countries are major food exporters (together accounting for almost 30 per cent of global wheat exports) and play a key role in global fertilizer supply. Russia’s blockade of the Black Sea ports has disrupted food and other commodity exports from Ukraine, while the broader military aggression is putting at risk this year’s harvest. The war is also driving up energy prices, which have spillover effects on food supply chains via rising energy bills and soaring fertilizer prices.

Globally interconnected supply chains and markets for food and associated inputs (agrochemicals, fertilizer, fuel, feed, capital and labour) mean that seemingly small supply disruptions in one region or sector can lead to dire consequences in another.

The agriculture and food industries use energy for various purposes. Direct energy use includes electricity for automated water irrigation, fuel consumption for farm machinery and energy required at various stages of food processing, packaging, transportation and distribution. The use of pesticides and mineral fertilizers results in large quantities of indirect energy consumption, with these inputs being highly energy intensive to manufacture. While the share varies considerably between regions – depending on factors such as weather conditions and crop types – direct and non-direct energy costs can account for 40 per cent to 50 per cent of total variable costs of cropping in advanced economies such as the United States. Higher energy and fertilizer prices therefore inevitably translate into higher production costs, and ultimately into higher food prices.

With their heavy reliance on energy, fertilizers have become much more costly

Nitrogen is an essential nutrient for virtually all plant life. Ammonia is the starting point for all mineral nitrogen fertilizers, and half of ammonia is converted to urea, the most common nitrogen fertilizer product used globally. Across the world, ammonia is made almost exclusively from natural gas, consuming around 170 billion cubic metres (4 per cent of global gas consumption). The exception is China, where ammonia production is based mainly based on coal.

This surge in fertilizer prices has been partly driven by the recovery in demand, various supply disruptions and trade restrictions, and soaring input costs. The cost of producing fertilizers is closely linked to energy prices, particularly in the case of nitrogen fertilizers. Natural gas often accounts for 70 per cent to 80 per cent of the operating costs of producing ammonia and urea, resulting in close correlation of prices. In recent months, nitrogen fertilizer plants have announced temporary closures, citing spiralling natural gas costs as the cause.

Natural gas prices have risen strongly across all key gas-consuming regions since early 2021, with European and Asian benchmark prices hitting all-time records in the first quarter of this year following Russia’s invasion of Ukraine.

In addition to the strong increase in input costs, trade restrictions have pushed fertilizer prices higher. 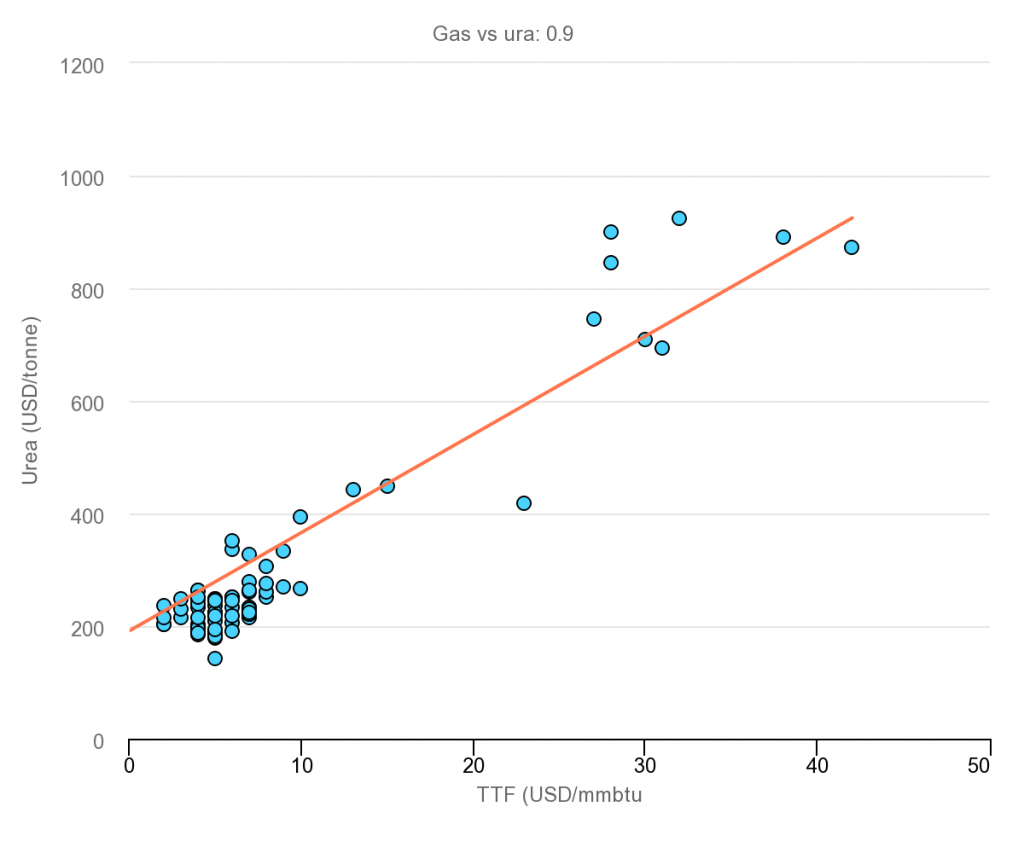 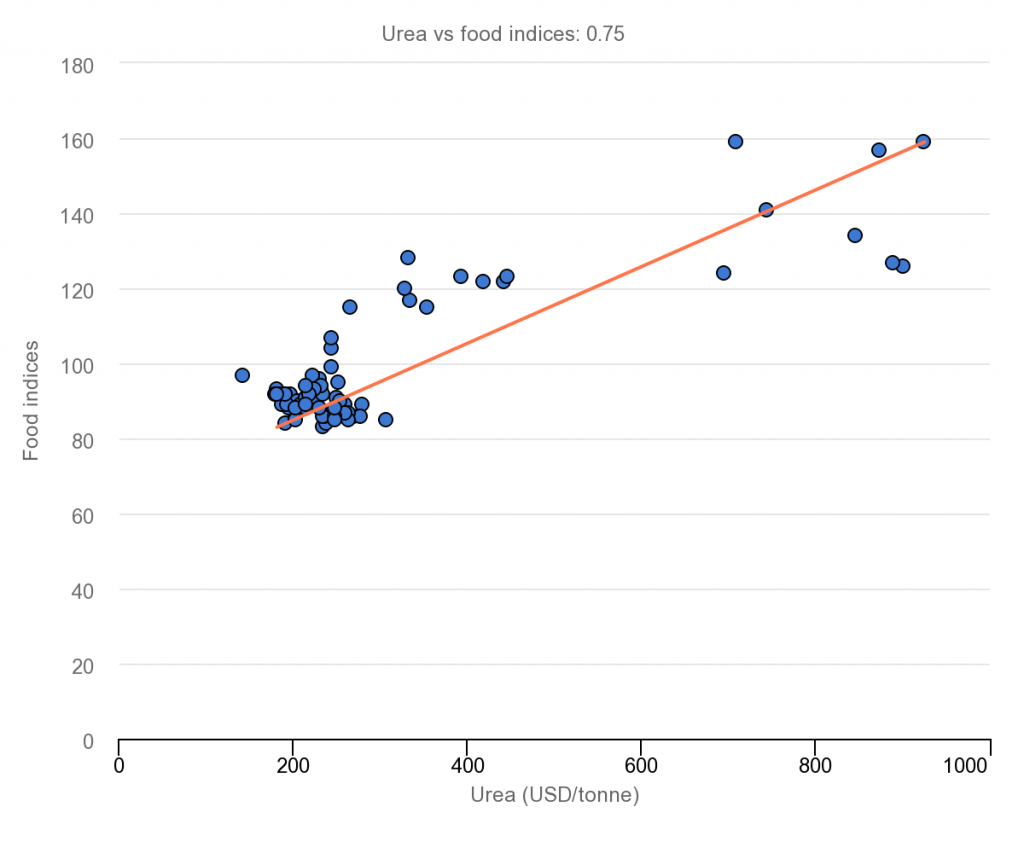 The top five ammonia producers – China, the European Union, the United States, India and Russia – account for around two-thirds of global production. Russia has by far the highest share of production that is destined for exports, at around one-fifth. The EU, the United States and India are all significant net importers, even though the EU does export some of its production. China is far and away the largest producer globally and is largely self-sufficient.

In the case of urea, some major consuming regions rely heavily on imports. India imports around 30 per cent of the urea it uses, and Brazil close to 100 per cent. Many African countries also import very high shares of their urea consumption, even if the quantities are small in absolute terms.

In the event of supply shortages and rising prices, it is these highly import-dependent regions that will feel the effects earliest and most severely. Farmers may respond to scarce supplies by purchasing and using less fertilizer, which could have a negative impact on crop yields for the next harvest. This can compound and extend the short-term impacts of the current food crisis and hamper efforts to respond to high food prices by booting domestic production.

As the United Nations Global Crisis Response Group noted last week, the present distortion of food and fertilizer markets is most acutely affecting wheat and vegetable oil crops, with Africa set to bear the brunt of the impacts this summer. If low availability and high prices for fertilizers persist into the next planting season, the world’s most consumed staple – rice – will be the next major crop to face pressure, affecting billions more people in Asia and the Americas. 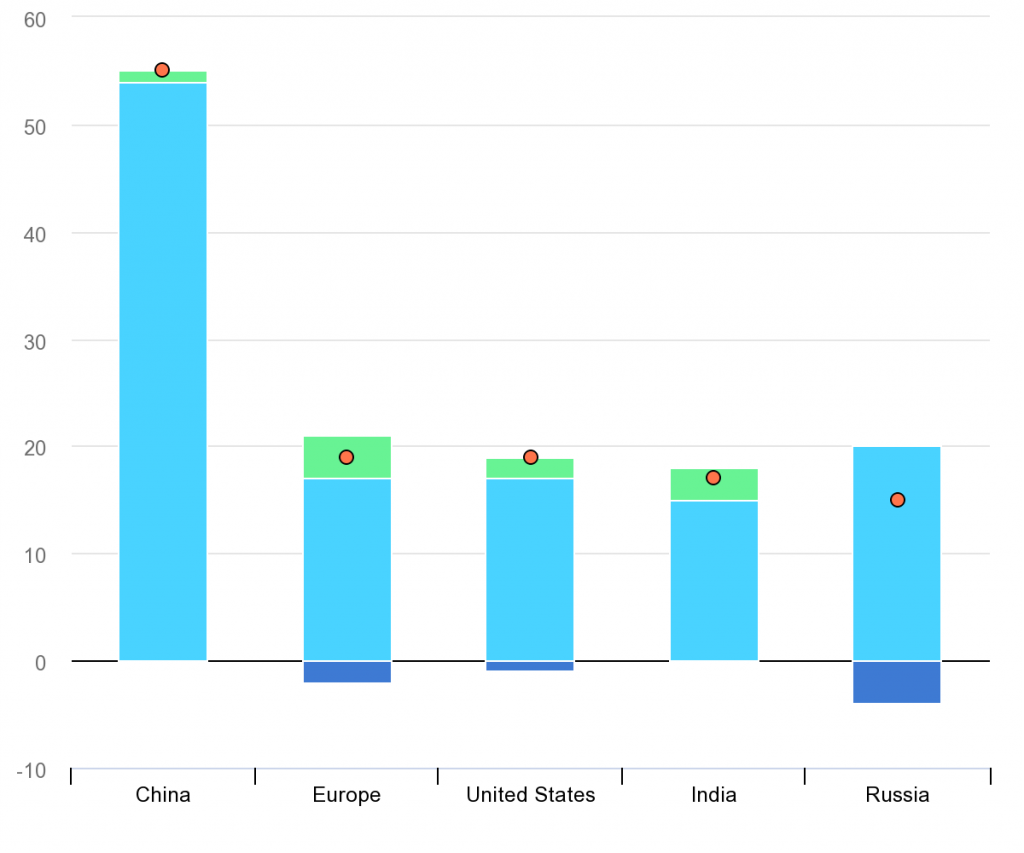 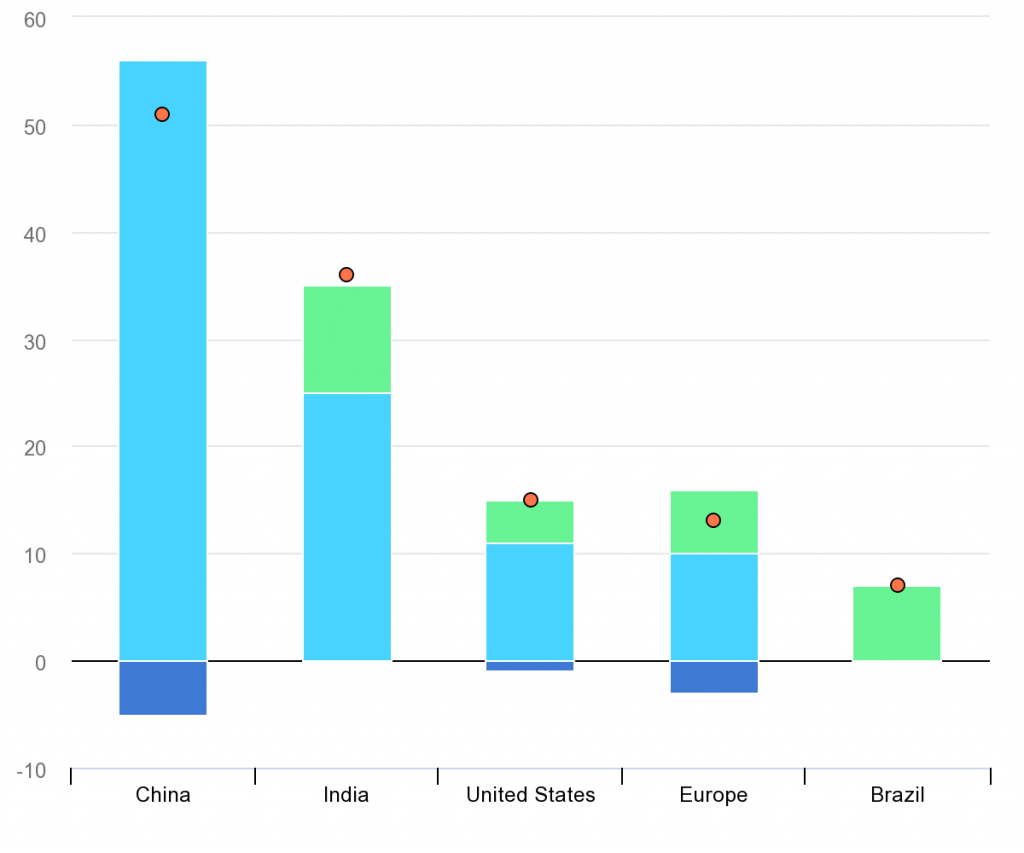 What can governments do? Different tools for different timeframes

The current energy and food crises have both short- and medium-term implications. Governments need to move quickly and decisively on the near-term issues while working to address the longer-term ones.

Short-term responses concerning energy and fertilizers could include the following:

Considering the limited LNG export capacity additions expected between 2022 and 2024 and the overall lack of strong policies to transition to alternative fuels, the current tight conditions in global natural gas markets may continue in the medium term. This would mean persistent pressure on margins and operating costs for fertilizer producers, along with continued high prices for consumers.

Measures to alleviate these pressures in the medium term could include the following: