Rachel Notley’s “pipeline for carbon tax support” demand could mean one of two things: either the fix is in on the Trans Mountain Expansion pipeline or Alberta and Ottawa could be heading for a showdown. 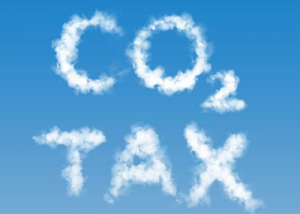 The Alberta NDP premier has been under intense political pressure from voters and industry to earn a positive return – other than reducing GHG emissions – on the aggressive climate policies her government announced last Nov.

Critics have argued that an economy-wide carbon tax, 100 megatonne oil sands emission cap, and a 40per cent reduction in fugitive methane emissions were supposed to be a quid pro quo with the Canadian environmental movement for support of new pipelines like Kinder Morgan’s project to the West Coast and TransCanada’s Energy East pipeline from Alberta to the East Coast.

This is nonsense, as I explained in this column.

Nevertheless, Albertans have endured two pretty rough years as the oil and gas industry has laid off 60,000 energy professionals, not to mention tens of thousands of field workers, contractors, and employees in directly and indirectly affected industries.

Voters are cranky and hankering after good news.

Monday’s formal announcement of a Canadian carbon price probably wasn’t what they had in mind.

Nor was this official statement from Notley:

“With regard to the federal government’s proposals today, Alberta will not be supporting this proposal absent serious concurrent progress on energy infrastructure, to ensure we have the economic means to fund these policies.

“It is time for the Government of Canada to act on this issue. Albertans have contributed very generously for many years to national initiatives designed to help other regions address economic challenges. What we are asking for now is that our landlock be broken, in one direction or another, so that we can get back on our feet.”

Those are strong words coming from a staunch ally of Trudeau.

Especially the nod to Quebec and equalization payments, which has been a recent hobby horse of the Petroleum Services Assoc. of Canada. Notley doesn’t want to antagonize Quebecers considering the rocky start to the National Energy Board hearings on the Energy East pipeline project in Montreal, so consider this less a shot across the bow and more of a friendly nudge.

There are couple of ways to look at Notley’s remarks.

One, she’s tired of waiting. The Canadian Government approved the Pacific NorthWest LNG project in British Columbia last week, despite Premier Christy Clark being less a climate change team player than Notley, and here she sits, still empty-handed. And increasingly cranky about having nothing to show for her support.

Two, Notley has received enough signals from the Trudeau Liberals about a TMX approval that she feels comfortable breaking political ranks just a bit. Holding a Trudeau’s feet to the fire is never bad politics in Alberta.

I favour the latter view.

Notley has provided critical political cover for Trudeau over the past 10 months or so. He could point to Alberta, home of the Canadian energy industry and staunchly conservative since forever, as a sign of the changing times.

Trudeau needs Notley in his corner. He certainly cannot risk a falling out with her over the carbon tax.

That said, the Prime Minister is probably not overly pleased the Premier has made her support conditional on receiving a concession he would prefer the Canadian public view as standing on its own merits.

How long before other provinces line up with their hand out?

Ah, well. C’est la guerre. Monsieur Trudeau cannot have it his way all the time.

Be assured industry watchers will be parsing the comments of and conversations between Trudeau and Notley as the TMX announcement draws near.

Will there be friction? Will Trudeau mount a charm offensive to smooth the waters? How hard will Notley press her demand?

The carbon tax debate could be a non-issue or a huge issue, depending on which way the politics break.

Grab your popcorn and cuddle with the dog, things are about to get interesting.