When the biggest lobbying group for Canada’s biggest export industry can’t influence the Canadian government during the biggest economic collapse since the Great Depression, is it time to fire Tim McMillan and try a new strategy?

After widespread dissatisfaction with the first round of financial support from Ottawa, the oil and gas industry is asking for more, this time for Canada’s majors. Alberta should hope it doesn’t fail as dismally as it did prior to the Round 1 announcement on April 17.

The timing and type of support the federal government has provided thus far is a clue to both how the Trudeau government views the sector and what further help might be forthcoming.

“We have had significant discussions with both the Alberta government and the federal government about the need for incremental liquidity support,” Cenovus Energy Inc. president and CEO Alex Pourbaix said on an earnings call Wednesday, as reported by Geoffrey Morgan of the Financial Post. “We’ve been hearing for weeks that support is coming. Weeks have passed and the industry is still waiting and particularly, the larger side of the industry,” he said.

It’s worth noting that Pourbaix is a prominent member of the board of governors of the Canadian Association of Petroleum Producers (CAPP), whose 13 pages of demands were leaked by the Environmental Defence Fund. Also revealed were the 29 lobbying meetings with cabinet ministers and high ranking officials.

CAPP didn’t get a single thing it asked for. Not one. Why?

The clue is in its ask: don’t finalize the Clean Fuel Standard, delay stricter methane emissions rules, freeze the carbon tax increase, no more new climate policies, and don’t implement the United Nations Declaration on the Rights of Indigenous People.

Talk about not reading the room. Many of these new regulations are signature pieces of Prime Minister Justin Trudeau’s climate plan, which the Liberals promised to significantly beef up during last fall’s election. As a minority government, the Liberals depend upon the NDP and Greens – both of which touted even more aggressive climate strategies – to remain in power.

Only CAPP and its beleaguered CEO Tim McMillan could be this tone-deaf and arrogant. Make no mistake, the $1.7 billion for the clean up of orphan wells and the repayable $750 million for methane reduction was a humiliating slap in the face of the industry. The government made it crystal clear whose agenda prevailed. As 2019 vice-chair and the incoming chair of the board, Pourbaix bears responsibility for this debacle.

Note the irony that he is now publicly complaining that the industry didn’t get what it was supposedly promised. Perhaps if CAPP had not failed so spectacularly, it might have.

Will industry get what it wants in Round 2 – assuming there is one – of support? Based upon Round 1, the answer is maybe and be careful what you wish.

This wasn’t what was expected. Over a month ago, Finance Minister Bill Morneau said help was coming in “hours, potentially days” and it was rumoured to be $15 billion. To make matters worse, rumour quickly morphed into an expectation.

That offhand comment triggered a furious round of lobbying from outside the industry, according to Energi Media sources. A number of prominent environmental groups contacted by Energi Media – Clean Energy Canada, Stand, Greenpeace – deny taking part in the lobbying, but opposition from those that did was furious and effective.

The reason it was effective is that the federal cabinet was split between Morneau’s position and the camp that wanted strings attached to the money. When the dust finally settled, Morneau lost, presumably because Trudeau backed the other approach.

What was noticeable about the Prime Minister’s announcement speech is how liquidity support – essentially Ottawa backstopping bank loans – was downplayed. He promised aid for “medium-sized energy companies,” but pointedly said nothing about juniors (producing less than 10,000 BOE, barrels of oil equivalent, per day) and seniors (producing more than 100,000 BOE per day).

Junior companies on verge of collapse

As I reported in this column, there were 210 junior “reporting issuers” to the Alberta Securities Commission in 2016, but only 89 in 2019. Many of the small players can’t get capital and are hanging by a thread, kept alive by bankers who can’t sell oil and gas assets if they foreclose and, in any case, are deathly afraid of the environmental liabilities that accompany old wells.

Will most juniors be eligible for support under the expanded federal Business Credit Availability Program? Probably not.

The Business Development Corporation (BDC) and the Export Development Corporation (EDC), tasked with managing the program, both require that borrowers be “financially viable” before the pandemic started. An EDC representative confirmed to Energi Media by email how this will be applied: “Viable is a requirement from the government of Canada but at the discretion of the Financial Institution, given they have a more in-depth understanding of the company and their operations before COVID-19.”

Banks may be able to slip some of their marginally viable customers past the EDC, but the likelihood is that the “financially viable” filter will catch most of them. That means more failures and bankruptcies, with more solvent players picking up assets at bargain prices. It should be noted, though, that there are some well-run juniors with solid balance sheets that will likely qualify for support and survive the crisis.

Two ideas supported generally by the industry were not included in Round 1: purchase of services company accounts receivable and having Ottawa prepay “tax pools” for producers. This proposal was made in a letter to Morneau by CPC MP Greg McLean (Calgary Centre), an oil and gas finance veteran prior to the election.

McLean explains his plan in my April 13 interview with him.

What does this mean for the majors and a possible Round 2?

The industry’s 14 remaining senior producers (extracting over 100,000 BOE per day) are in an awkward spot. Many of them enjoyed record years. Three (Suncor, CNRL, Imperial Oil) of the top five returned a combined $9.5 billion dollars to shareholders via dividends and share buybacks.

They have strong balance sheets, money in the bank, and are better positioned to ride out a downturn than they were in 2015 and 2016, as IHS MarkIt economist Kevin Birn explained in a video interview.

That said, the market was over-supplied by 1.5 to 2 million barrels per day during last downturn, while this time 30 million barrels of demand was vaporized almost overnight. With global storage almost full already, the supply overhang and low prices could persist for a long time. And no one has a clue about how consumption will bounce back as the global economy slowly creaks back into operation.

This argues for financial support from Ottawa at some point. But, when?

CAPP’s utter incompetence ensures that the industry’s pleas are not being heard as they should. Unfortunately, firing McMillan and replacing him with someone more capable won’t fix the problem unless the board changes direction, too.

There is no indication that will happen. 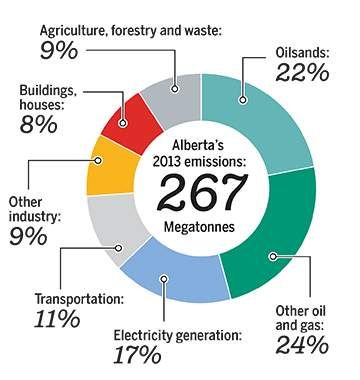 Round 1 was about fixing persistent environmental problems – orphan wells, methane emissions – the Trudeau government has been concerned about for some time. If a possible next round takes a similar approach, what issues might the majors be required to address?

One, greenhouse gas emissions. The oil sands emit 70 megatonnes per year, a quarter of Alberta emissions and 10 per cent of the Canadian total. As I wrote in this column the day after the federal election, a clash climate policy between Alberta and the Trudeau government is inevitable.

The signal from Round 1 is that the Liberals are not backing off on climate. Since the majors dominate the oil sands, and they brag about having developed emissions-reducing technology, it will be a surprise if Round 2 support doesn’t include strings attached.

It’s time for oil sands producers to get serious about reducing absolute emissions, not just the emissions-intensity per barrel. 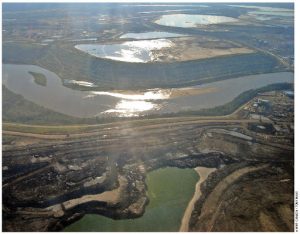 Two, the 1.3 trillion litres in 37 northern Alberta tailings pond are another obvious target. While Alberta regulations require them to be reclaimed, they represent a wicked technical problem that engineers and scientists haven’t yet solved. As a consequence, over the years the provincial government and the companies have kicked this can down the road, hoping a technology fix would eventually be found.

Don’t expect Ottawa to let this opportunity pass by without extracting a commitment to seriously address the tailings issue.

At this point, why don’t Alex Pourbaix and CAPP have a better handle on what the Trudeau government is thinking? Or, for that matter, Premier Jason Kenney, who seems just as isolated and out of the loop.

When the biggest lobbying group for Canada’s biggest export industry can’t influence the Canadian government during the biggest economic collapse since the Great Depression, is it time to fire Tim McMillan and try a new strategy?

The current one clearly isn’t working.