Ottawa and Alberta are rumoured to be crafting a huge bailout for the Canadian oil and gas sector, perhaps as much as $15 billion, half the size of the economy-wide economic package announced earlier this week. If true, then this is an excellent time to think about supporting major changes already underway within the Alberta-based hydrocarbon sector instead of foolishly wasting scarce public dollars on the status quo.

As of Friday morning, West Texas Intermediate was trading at $23.67USD and Western Canadian Select had rebounded from a bottom below $6 to $10.96USD. Canadian oil stocks have been battered over the past three weeks: for example, oil sands in situ producer Cenovus Energy fell from a three-month high of $14.01 to just $2.50.

There is a fair argument to be made for helping the oil patch, which essentially means helping Alberta. The Wildrose Province produces 3.75 million barrels per day (b/d), 80 per cent of the Canadian total of 4.7 million b/d, according to the Canadian Energy Regulator, as well as two-thirds of the 15 billion cubic feet per day of the natural gas Canada produces.

Let’s not forget that the oil and gas sector is far and away Canada’s biggest export sector: $98.4 billion last year (22% of Canadian exports by value), compared to vehicles in second place at $64.1 billion. In February, the oil, gas, and pipelines sector also directly employed 177,000 workers, 135,700 of them in Alberta, according to PetroLMI data.

Finally, oil and gas invested $35 billion in Canada last year, according to the Canadian Association of Petroleum Producers, just under 15 per cent of all capital spending in the country.

With such an outsized contribution to the national GDP, it comes as no surprise that Ottawa and Alberta are deep into negotiations for a jointly-funded economic stimulus package, according to the Globe and Mail. While officials commenting anonymously couldn’t reveal all the options on the table, funding to reclaim more orphaned wells – created when oil and gas companies go bankrupt – is a likely choice, as is access to credit for small and medium-sized firms.

On the face of it, this sounds like more tepid measures designed to support the status quo. Instead, Alberta and Ottawa should be thinking of accelerating two major trends in the oil patch, the decline of smaller producers and the rise of technology and manufacturing.

The industry is not a monolith and not everyone is hurting equally, as Energi Media has explored in columns and video interviews with experts over the past few months.

The Big 5 together account for 67 per cent of Canadian oil and gas output. They enjoyed banner years in 2019, as the chart below shows. Balance sheets were repaired after the 2015/16 downturn and the companies’ five-year plans show declining capital expenditures coupled with rising production and free cash flow.

These giant corporations are well managed. They accept climate science and have robust climate risk strategies, which is important for attracting capital. “This time, they’re going into the downturn with a bit of cash in the bank account and having significantly driven down costs from their operations,” economist Kevin Birn told Energi Media. “They’re more capable of weathering the storm.”

The oil sands is expected to account for all of the one million barrels per day supply growth until 2040.

It’s time to accept that the Big 5 and the more robust intermediates are the future of the Alberta oil patch. The juniors played an important role in the growth of the Canadian industry, but that time has come and gone.

End of junior oil and gas companies is nigh

Junior producers make less than 10,000 barrels of oil equivalent per day. Canadian Press reported in 2018 229 small companies were listed on the TSX Venture Exchange as of December 31, 2014, but that number had fallen to 119 four years later. According to the Alberta Securities Commission, at the end of 2019 there were only 89 junior reporting issues remaining.

Capital has dried up for the small producers, says economist Richard Masson: “There’s no more exit strategy for them to sell their junior positions into medium or larger companies. That illiquidity means they’re [private equity investors] not interested in putting more money into the sector.”

Is it time to bid farewell to the vaunted juniors, once the backbone of the Alberta industry? If private capital won’t prop up the juniors – many of whom are heavily weighted to gas production, which has suffered years of low prices – why should governments?

As the Globe reported, “A federal source cautioned that major players such as Suncor and Canadian Natural Resources have the financial resources to pick up many of the small and medium-sized energy companies that can’t survive the current crisis and that Ottawa’s role should be focused on helping unemployed oil and gas workers.”

Premier Jason Kenney could argue to industry CEOs that he has already provided a corporate tax rate cut from 12 per cent to eight percent, with the senior companies combined pocketing billions at the expense of the public treasury while continuing to layoff employees, and now is the time to return the favour by agreeing to an orderly buy up of distressed juniors and intermediates.

The corollary benefit is that the burgeoning orphan well problem could be nipped in the bud. Alberta under the Notley government loaned $235 million ($30 million from Ottawa paid the interest) to the Orphan Well Association and Kenney pledged another $100 million, mostly to reclaim wells abandoned by bankrupt small companies.

The Big 5 are in a much better position to absorb assets and reclaim wells in a cost-effective and efficient manner. Let them worry about well reclamation for the juniors and intermediates they acquire, while additional public money for the Orphan Well Association is used to clean up the current mess.

Services sector is a difficult challenge for governments

That brings us to the services sector, the companies that drill, complete, frack, providing innumerable products and services that make the oil patch work. According to law firm Haynes and Boone, just under 200 North American services companies declared bankruptcy between 2015 and the end of last year, seven of them in Canada.

“Suppliers take it on the chin quickly,” says Masson. “Producers at least have revenue coming from their existing production, but suppliers have to earn the right to have a contract every single day…Alberta needs that growth for rural communities. It’s a very important part of their overall economic situation.”

When Canadian markets softened in 2018, services companies moved equipment and workers to American oil and gas basins, especially the Permian in West Texas. Now, US demand has collapsed, partly because shale producers can’t access capital and partly because of the oil price war.

Tedds says the services companies will be “hit first and foremost before we start seeing a lot of bankruptcies in the oil and gas sector…I would say this is going to be a bloodbath.”

Even if Tedds and Masson are correct, the traditional services sector has recovered from downturns before and will again. There is little value in propping up mom and pop or even medium-sized operations. Let the strong survive and the weak move on.

Time to invest in the oil patch of the future

A sub-sector of the Canadian oil and gas sector that doesn’t receive the attention it deserves is oilfield technology and manufacturing. Industrial parks in Calgary, Edmonton, Red Deer, and Lloydminster are full of small to medium-sized companies that have developed new technologies and products. Some of them are significant exporters. 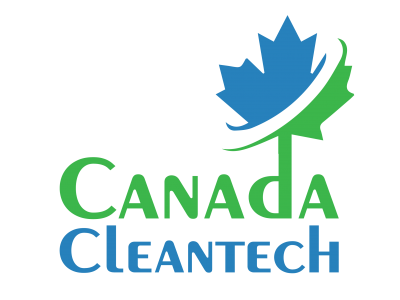 Clean technology firms are a leading example of this field: “Nearly two-thirds of the province’s clean technology ventures identify their primary market as oil, gas and mining. Half of ventures are ‘deep’ innovation plays, developing solutions based on novel chemical processes or advanced materials, with longer
commercialization cycles and higher capital costs than software-based startups,” according to a 2019 report by the Alberta Clean Technology Industry Alliance.

The intellectual property residing in these businesses took years of innovation, investment, and field trials to prove out in the field. The technical knowledge and skills gained in the process are invaluable. In some cases, these companies are world-class and there is considerable potential for future expansion. If businesses fail, and highly trained staff are lost to other industries or jurisdictions, this would be more significant loss than bankrupt drillers, for example, which can be more easily resurrected when markets stabilize.

Oilfield technology and manufacturing should be a major focus of the governments’ aid package. There is already a significant innovation ecosystem in Alberta to support innovation and generous funding from the federal government, which doesn’t receive nearly the credit it deserves.

Which way ya goin’, Alberta?

The oil and gas industry is chock a block with fierce free-market champions who now have the opportunity to put their money where their mouths are. The Canadian and Alberta governments can’t save every struggling company, nor should they.

This is no time to socialize the high risk that comes with subsidizing severely distressed companies. That’s what investors and markets are for, so let them decide who survives and who doesn’t.

Instead, Premier Kenney and Prime Minister Justin Trudeau should look to the future. The pandemic and the oil price war are a serious threat to the Canadian economy, but they will eventually pass. The transformation of the global energy system, commonly called the energy transition, and the climate crisis will not.

A federal and Alberta bailout package should better position the Canadian hydrocarbon sector for the structural changes that will continue once this emergency has passed.

Propping up the status quo with 15 billion taxpayer dollars is wasteful and simply unacceptable.