As capital costs for Canadian wind and solar projects fall, they become more competitive with fossil fuels in generating power, and will likely become greater sources of power generation in the years ahead.  iStock/Getty Images.

In 2017, capital costs for utility-scale wind and solar projects in Canada were C$1600/kW and C$1800/kW (in 2016 dollars), respectively. These are estimated from costs published in other studies and include costs related to materials, equipment, labor, and development costs. Individual projects could have higher or lower capital costs depending on location in the country or project size.

The National Energy Board released Canada’s Energy Future 2018 (EF2018) report in October 2018, which projects Canada’s energy supply and demand out to 2040.  New in EF2018 are projections of the capital costs of utility scale wind and solar projects. 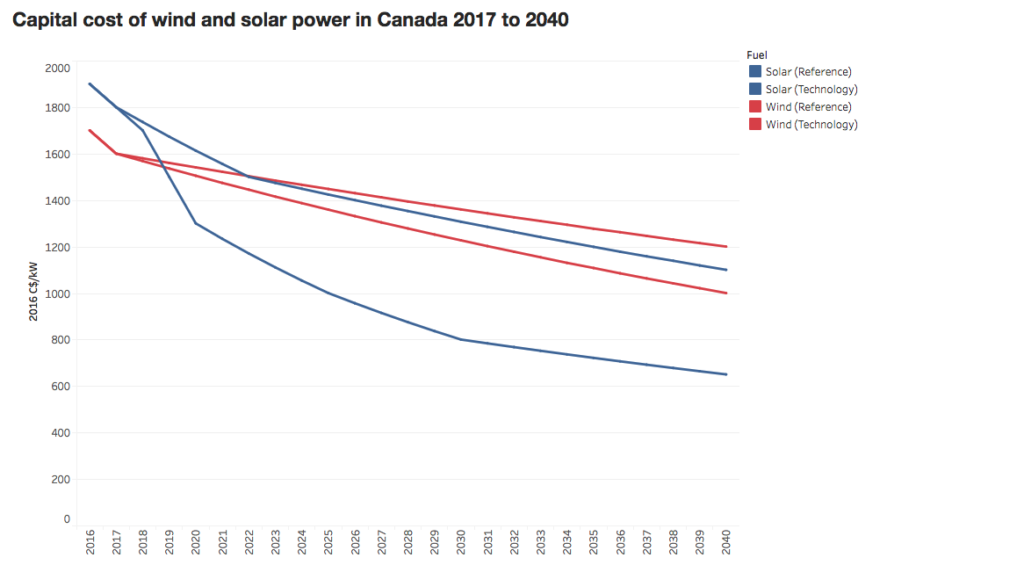 Once built, power plants have operating costs, which are the costs of running projects.

Because solar and wind power have no fuel costs, their operating costs are very low. This means capital costs are, by far, the most expensive part of building and running solar and wind projects.

As capital costs for wind and solar continue to fall, they become increasingly competitive with fossil fuels in generating power, and will likely become greater sources of power generation in the years ahead.